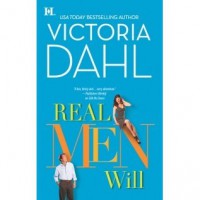 Publisher: HQN
Publish Date: Oct 25th
How I got this book: NetGalley

I’m a big fan of Dahl’s writing, and while there are parts of the Donovan Brothers Brewery Series that I loved, there were equal amounts I didn’t.

Eric is the last of the Donovan siblings to find his happily ever after, and with the only woman who has been able to get his juices going being the sexy Beth, he thinks it might not ever happen. Because his one smoking hot night with Beth, was the one night he decided to hide his real identity. But when Beth realizes the truth, Eric wants more than anything to change her perception of him, and get her back into his bed.

Beth has always gone through life feeling a little lost, but her one night with Eric was beyond her imagination. When the truth comes out, Beth does everything she can to try and get Eric out of her mind, but for some reason she can’t. With everything in her business changing and Eric worming his way into her heart, this unlikely pair might just have a chance at love.

I’m going to divide this review into two parts. The part I really liked, and the part I didn’t. Since I like to get bad news before the good, here is what I didn’t like about the story. The family interaction between the siblings. I thought for sure after the last book that Jamie and Eric had finally come to an understanding. I thought they would put all their high school petty BS behind them and move on. Boy was I wrong.

This book has even more anger and angst and family sparring than the last two, and a part of me was totally over it. How many disagreements can they really have? How many times can one or the other threaten to quit? How much blame and anger can they hold against one another? Let me tell you: a lot. To the point I wanted to skip over the scenes with Eric and Jamie and Tessa. Seriously? I get that Dahl was trying to have them come across as tortured and still a little broken hearted, but to me it read as the characters being petty and self-absorbed. I didn’t like that aspect of the story (and the series really) at all.

That being said, I really did love the romance between Beth and Eric. To me, Eric seemed almost Jekyll and Hyde like between his interactions with his family and his one-on-one time with Beth. I loved him as a romance hero, but was annoyed with him as a brother. I loved that Eric seemed to support Beth one hundred percent, that although he had a few misconceptions regarding her nature, he was behind her and with her all the way. I thought their romance was steamy and fun.

I loved Beth all around. Although Dahl stepped out of her norm for her heroines and gave Beth a very suppressed sexuality, I thought it worked. The struggle with the stereotype of running a sex shop, while being very conservative was great fun, and Beth really had the chance to come out of her shell the more time she spent with Eric. For me, Beth really made the story so much more.

All in all I have mixed emotions about this book. I really did enjoy Eric and Beth together, but while a good chunk of the book was dealing with the Donovan siblings and the brewery, those parts really brought the enjoyment of the book down. And, as much as I hate to say this, the overall lack of emotional growth between the siblings has put a little bit of a sour taste in my mouth for the series overall.
I give Real Men Will a C+
Tweet